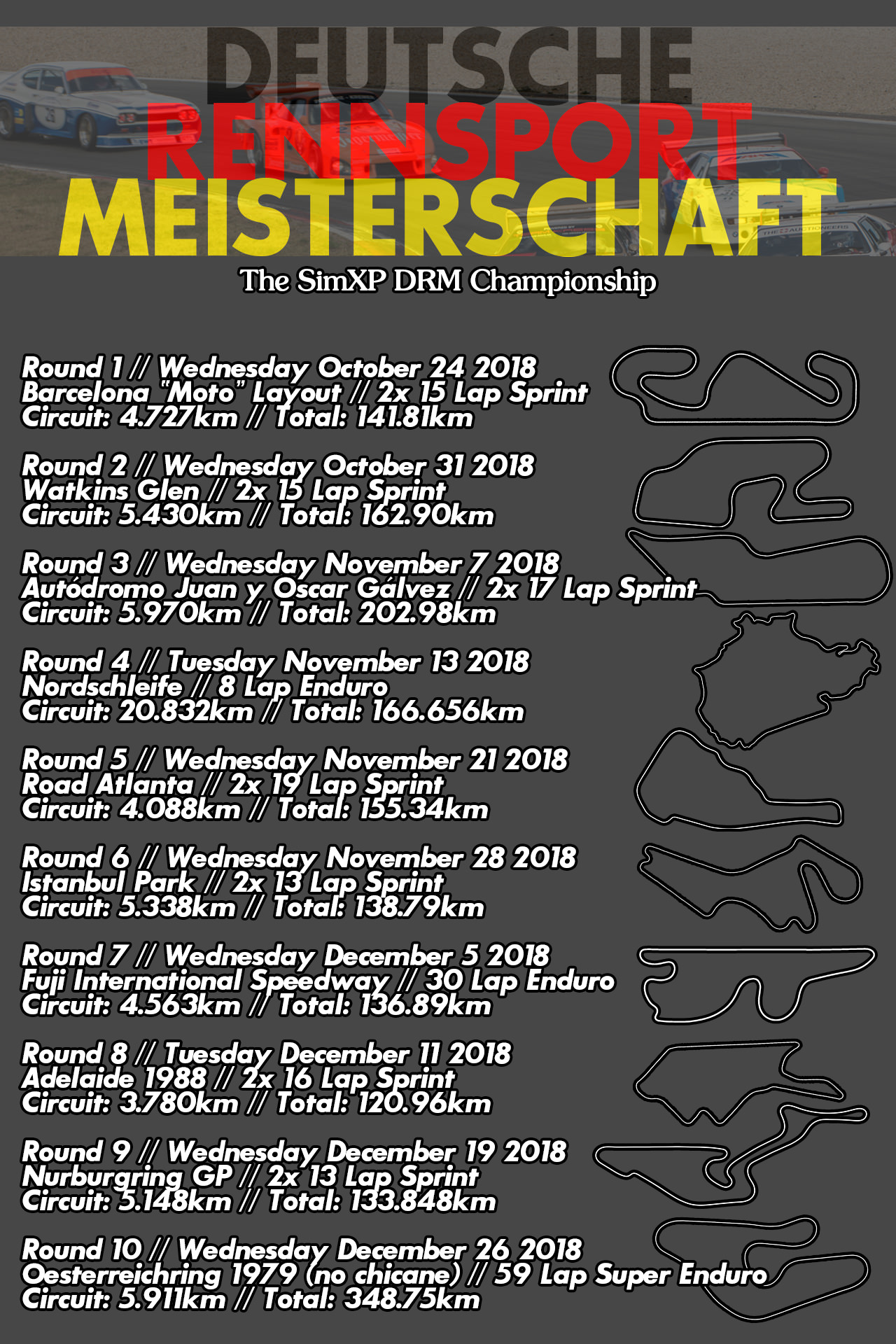 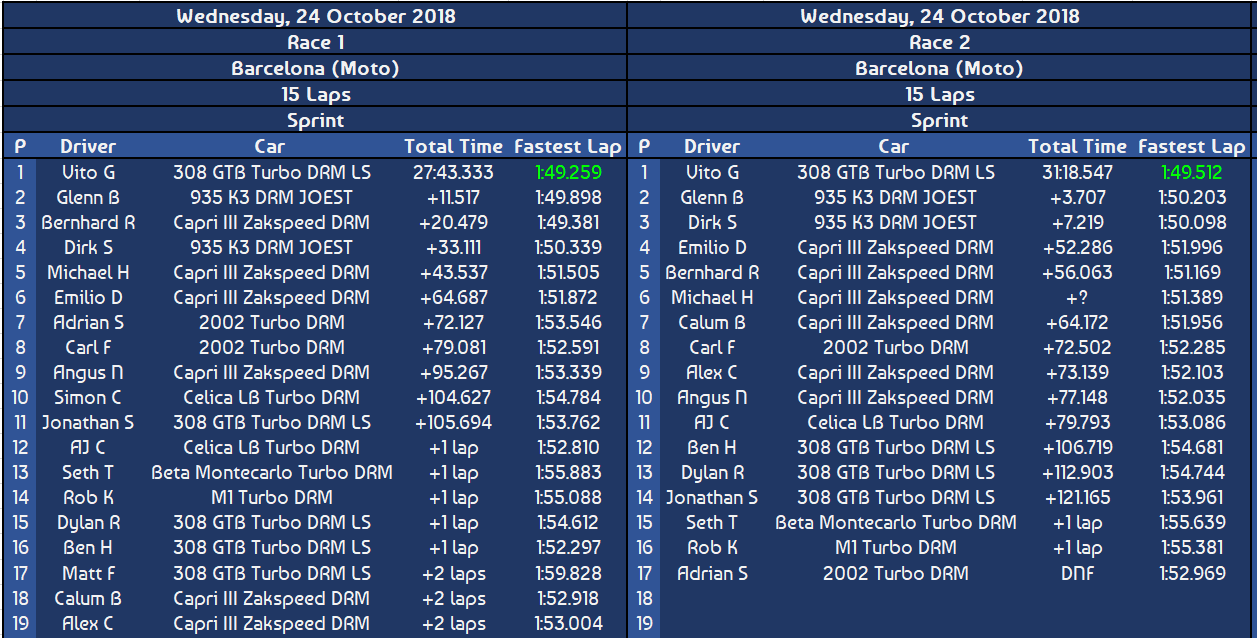 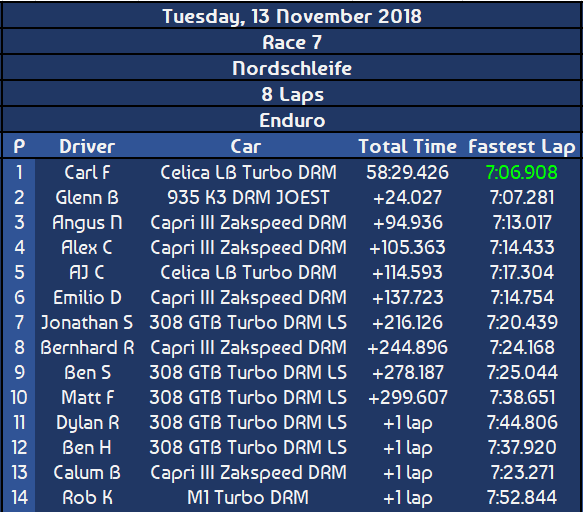 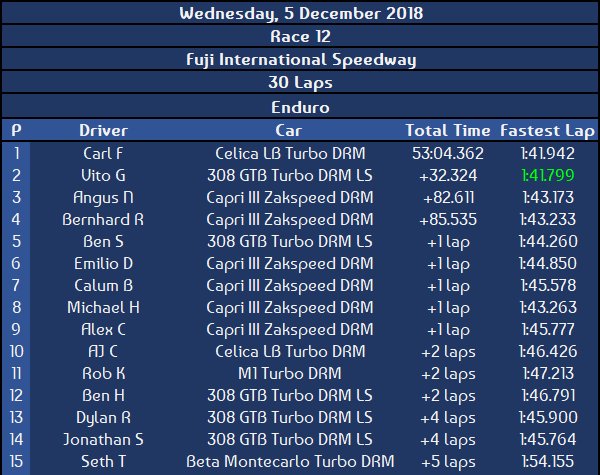 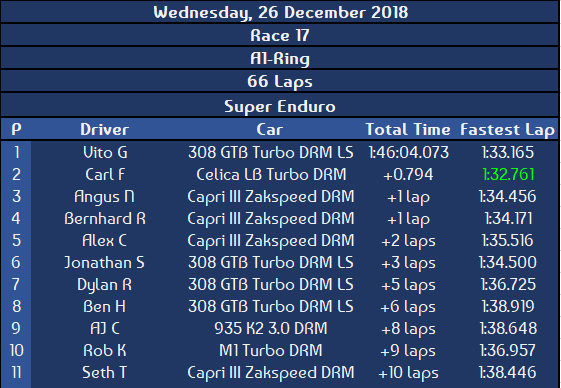 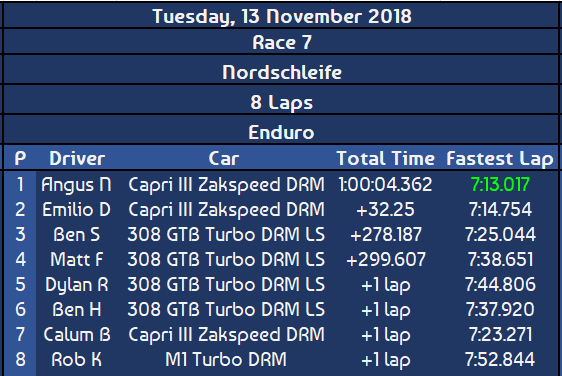 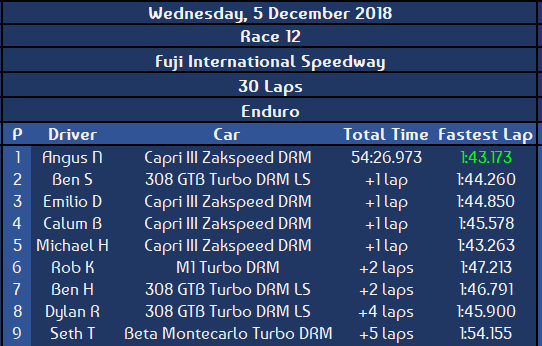 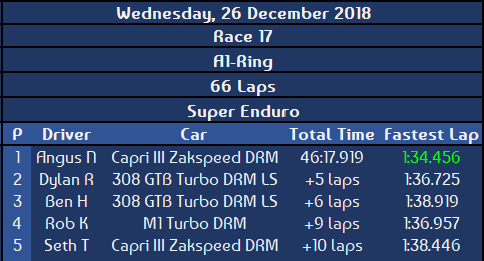 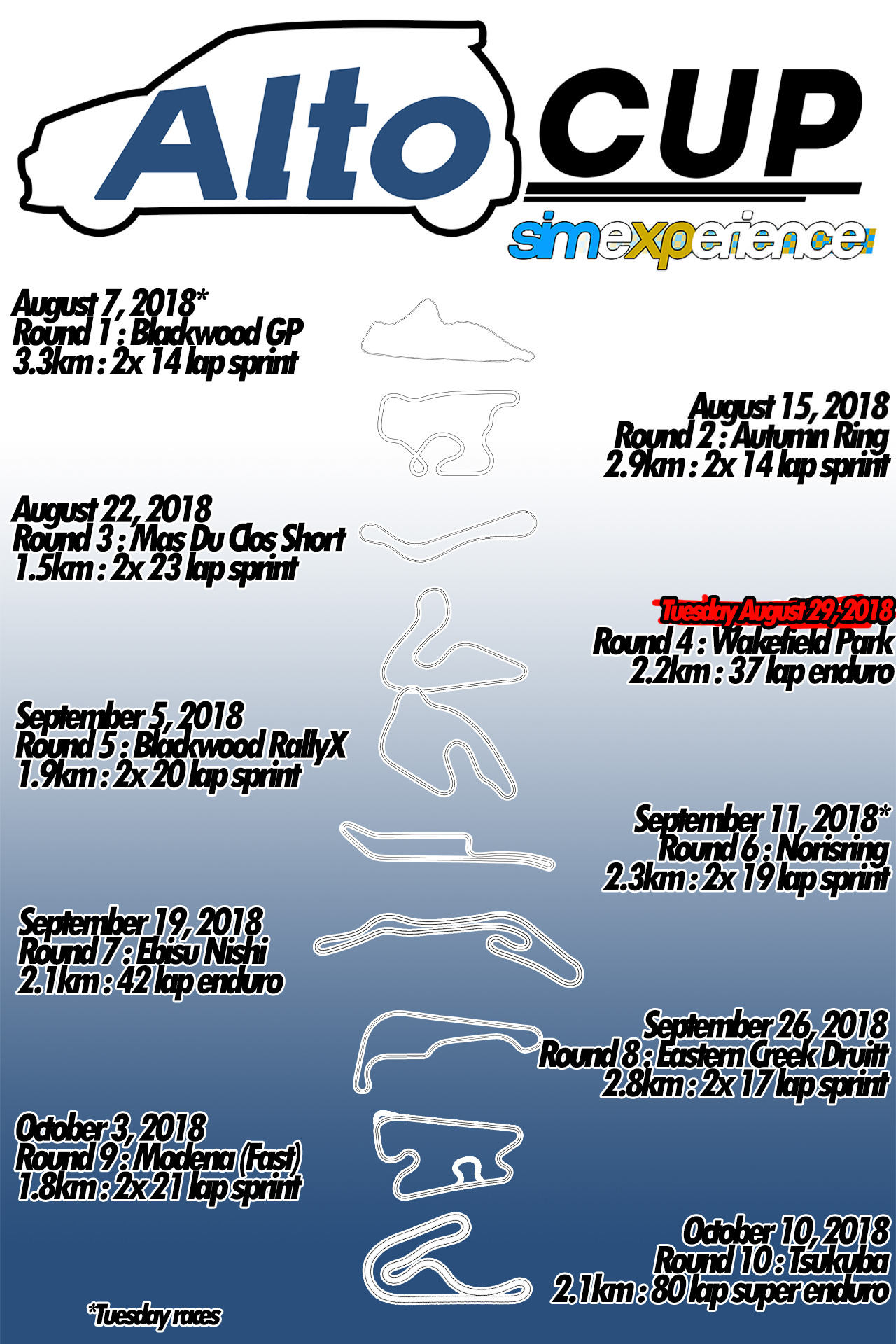 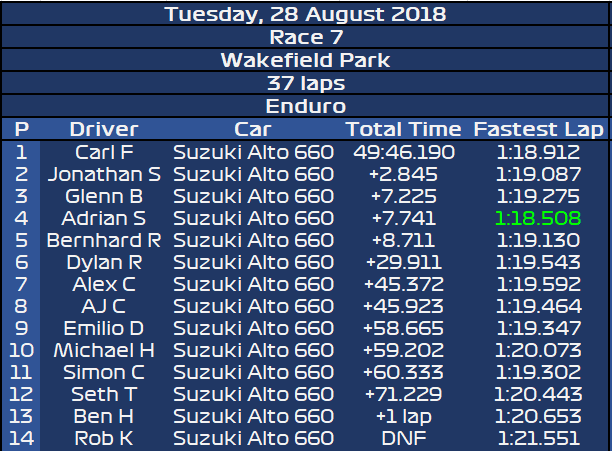 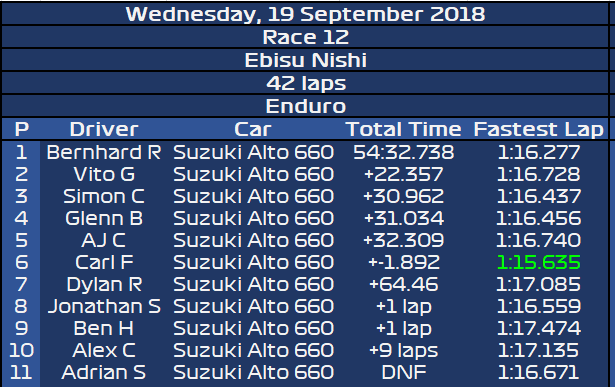 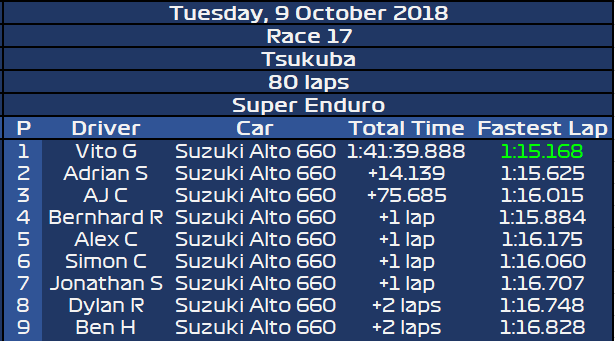 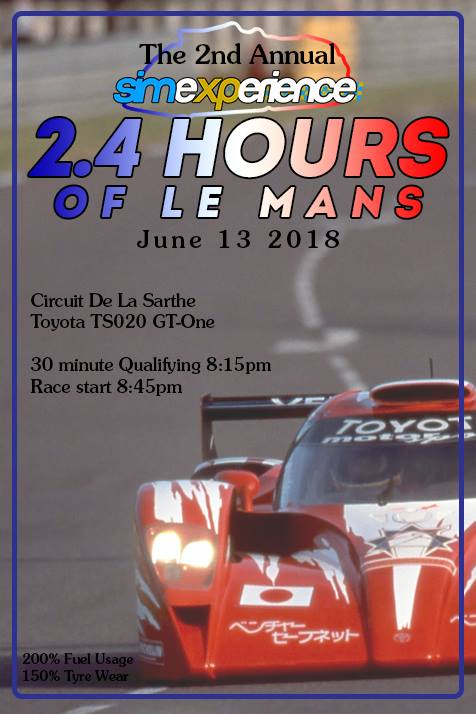 Car and track can be downloaded here: https://www.dropbox.com/sh/u0q2siut7t7sjlf/AABpJbG-KB6DMxFqc0D01FZ7a?dl=0

It’s coming! Are you ready? 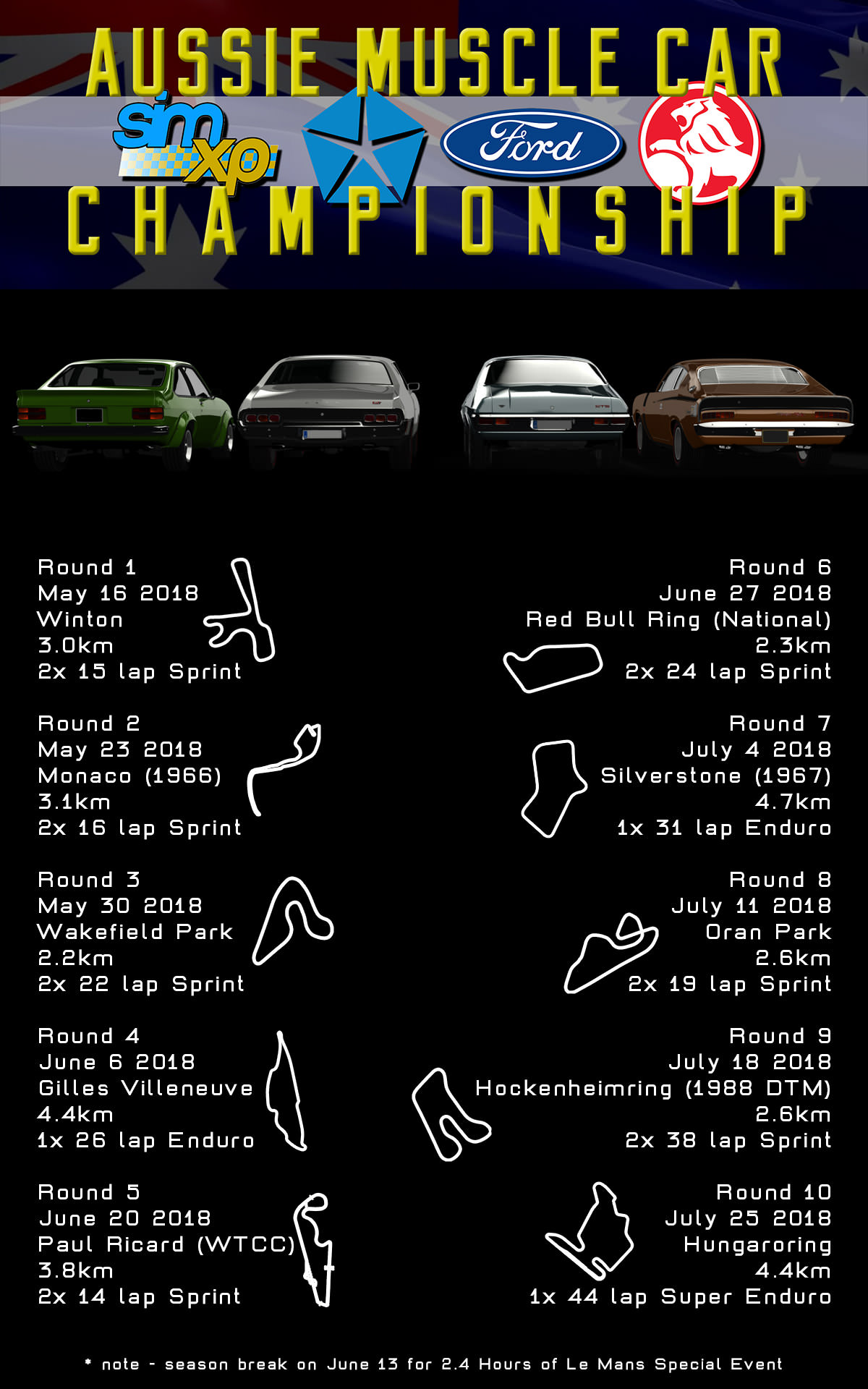 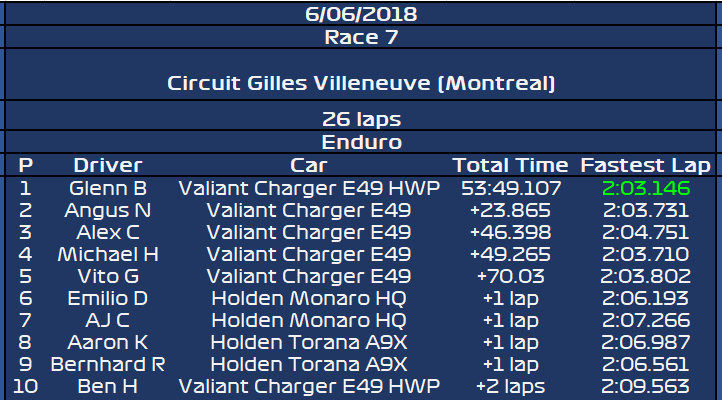 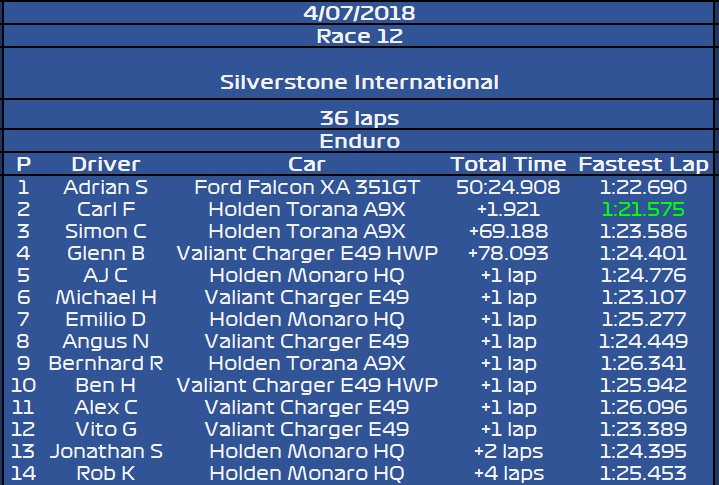 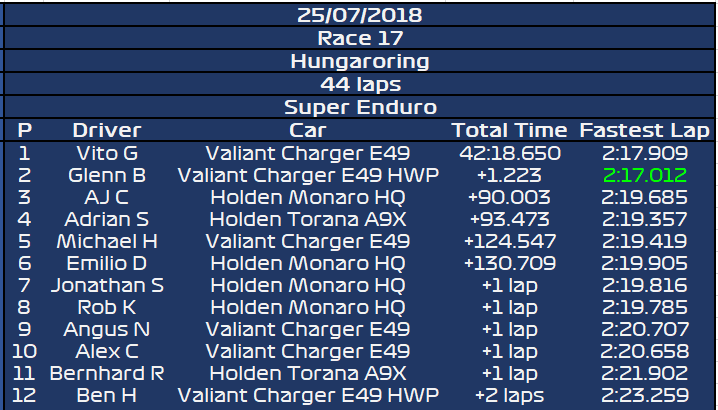 Cars (when announced) and tracks can be downloaded here

Each month there will be a Time Attack event held. Over 4 days, you will be able to jump on the server to set your fastest time! The tracks are known, but the cars won’t be announced until the event start.

On the start date, the event will start at 11pm (give or take, but after Wednesday Night Racing for that week is complete). A single, long session will run until 9pm on the Sunday. The fastest time is the winner! You can do runs whenever you like, and as many as you like, but the session will be configured to build up grip over the entire course, so the closer to Sunday you run, the more track grip you should have!

For those that have run these type of Time Attack sessions (in my garage), you should know the drill. But for anybody else, here’s how we run these:
* The session is basically run as a “qualifying” session.
* For “point to point” tracks (hill climbs, touge, etc.), if there is another car on the server at the time, and they have just left the start, you must give them at least 20 seconds before you start your run.
* For “point to point” tracks, you MUST stop just before the start marker (some of these can be a little unclear, but will be clarified at the beginning of the event) – the one exception for this is the Nordschleife Tourist track where you get a flying start out of the pits.
* You MUST give way to faster drivers if they are approaching you REGARDLESS of whether you are on a flying run or not, if they are faster than you, they have right of way.

If you have any questions or suggestions for changes, please let me know!

EDIT: Addendum; I will run a dual class system for this. That is to say, there will be two classes, Class A and Class B. Everybody is free to drive in either or both whenever they like, but at least one car will be available to people who only have “paddle shift” or “H-pattern” gears. 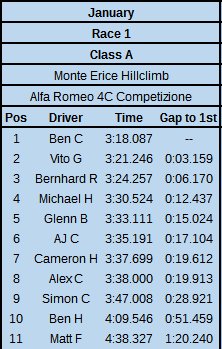 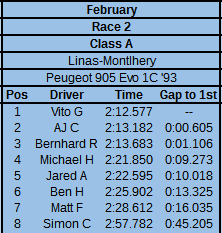 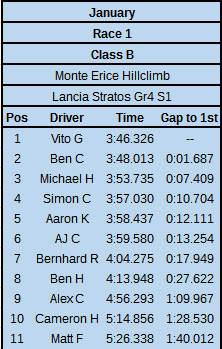 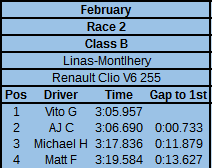 Cars can be downloaded here

Current standings with about 32 hours to go! Get at it boys! 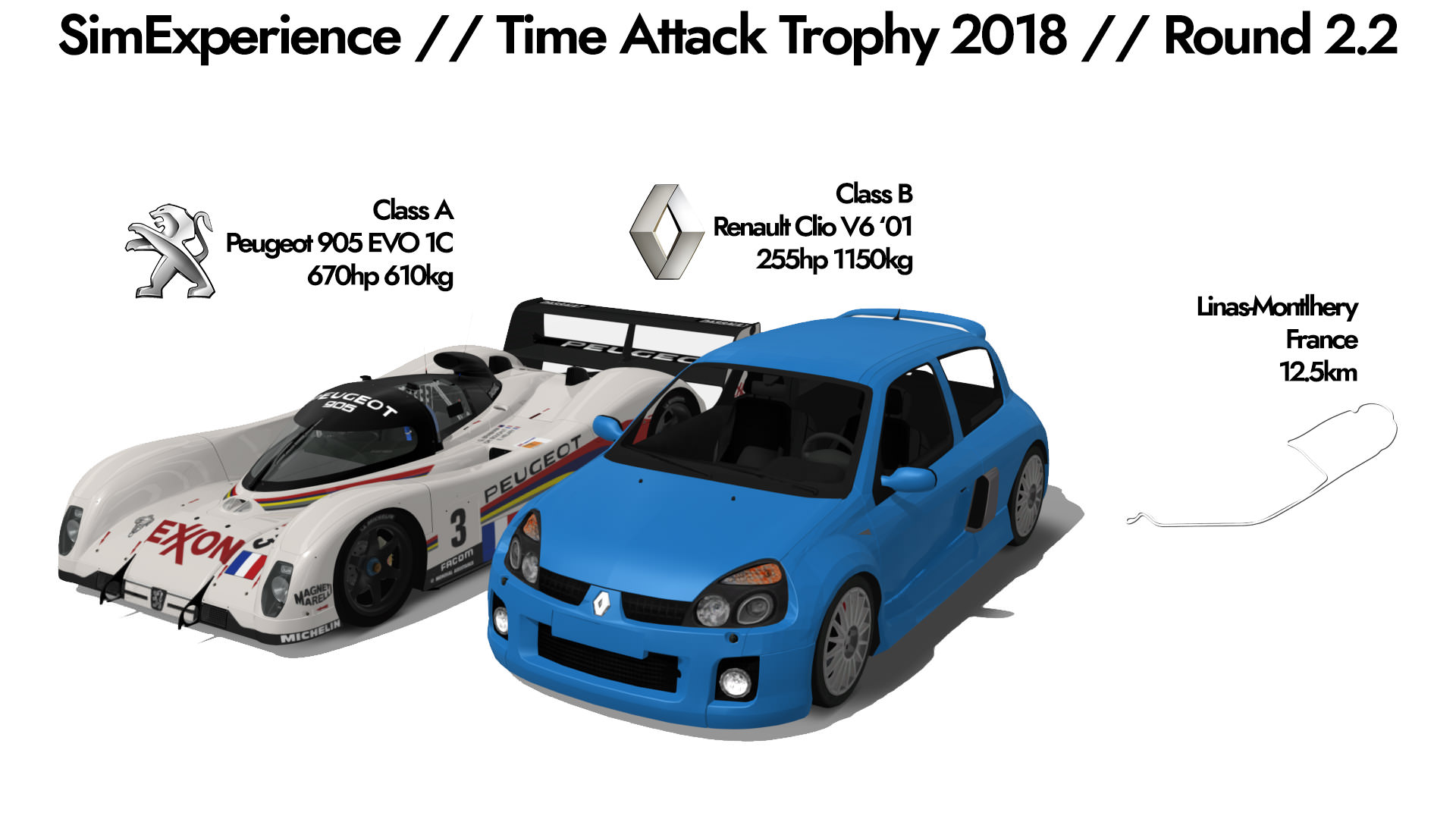 Server up until 9pm Sunday. Go! 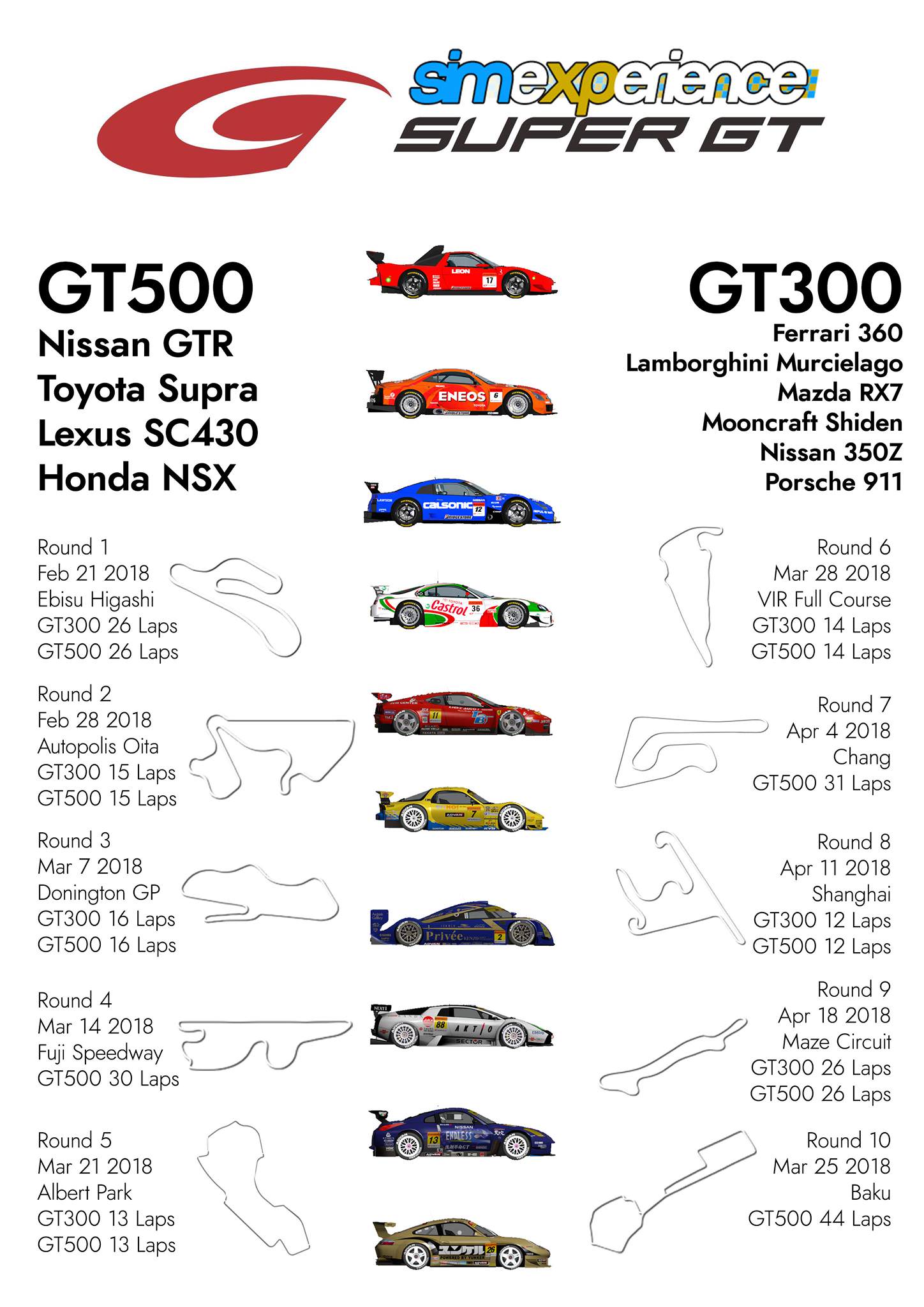 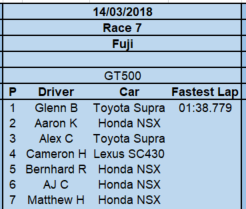 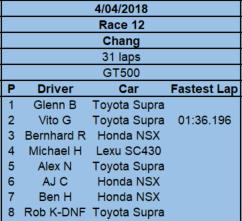 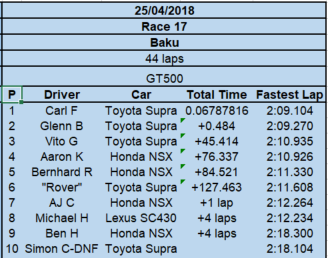 The Time Attack Trophy is being rebooted into a weekly event instead of monthly.

It is completely up to the driver which classes they do/don’t want to drive in. There are no restrictions on setup. Each week’s event will start after the regular Wednesday night race and run until 9pm Sunday. It will be run as rolling 8 hour sessions and each session will have random weather and track grip starting from 95-97%. 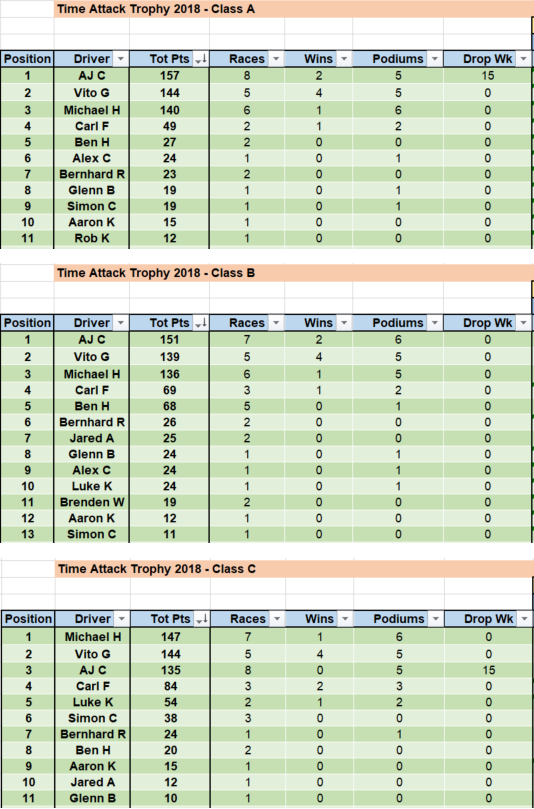 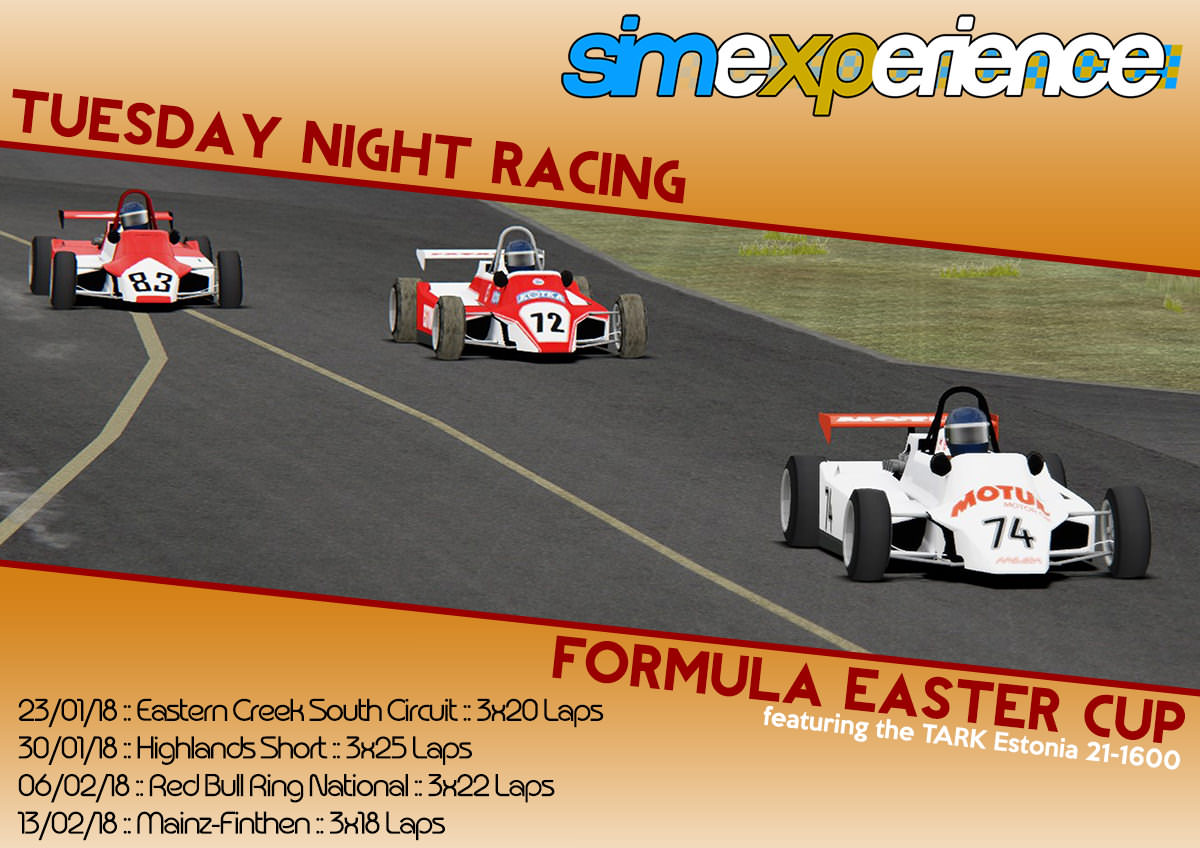 Season 1 will be the Formula Easter Cup.

This season will see 4 rounds of 3 races each with a target time for each race of around 20 minutes.

There will be no qualifying sessions with Race 1 of each round being a random grid. “Reverse” grid will be enabled, which I believe means that the grid for Race 2 and 3 will be a reverse of the results from the previous race. I have no way of testing this without actually running races, so we will see.

Race 1 of each week will begin at 8:30pm (Sydney time) and there will be a few minutes break between each race.

Car and non-Kunos tracks can be downloaded here (NOTE: there’s also a file in there called “fe_driver.kn5”. You’ll need to download that and put it in your assettocorsa\content\driver folder.)

Results and standings after Round 2

Thought I’d make a header post to contain all of the ongoing useful information. 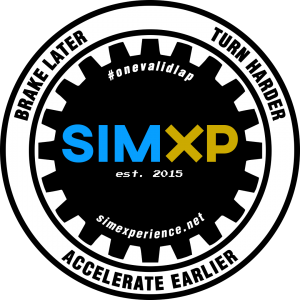 Join now
This is now on random rotation every 24 hours.

Your cart is empty
Visit The Shop